Over the course of the last few months of 2020 with the COVID, there has been sporadic talk about NASARA, debt forgiveness, Ascension through various venues, whether they be real within the perspectives of our own physical universe or more of a supernatural origin stemming from Godly more supernatural aspects. When it comes to ascension it really matters little spiritually, or purely physical from its origin, the result is the same; an increase in Godly awareness from people in regards too; Mind, Body, or Spirit resulting in a direct increased spiritual awakening.

This spiritual awakening is important to say the least, especially when it comes to the entire human existence on our planet. This spiritual awakening, or the gifts that seem to come with it especially economical, the release of the slavery mentality tension from the people, wellness and it’s their overall happiness coupled with the hidden truths of health knowledge actually out there, these are insignificant in comparison to the other battles that are waging, and that is the end times’ war between good and evil. 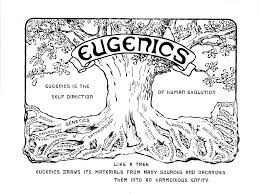 If what they say is true and our world has been held captive for a very long time by a very few people who are not only at the top of all the power pyramid but are unthinkably evil in their plans for the majority of us, their control of media, royalty, oil, medicine, as well as the financial control of the worlds monetary systems would account for the overall image of many of these industries portray and that one doesn’t seem to have the best interest of the people at heart but merely their own selfish interests.

Up until recently many of these sinister atrocities perpetrated among the most affluent among us have hiding in the shadows unaware to the greater majority of the public, they have infiltrated and perpetrated control of every major industry in the world including all of the military, but now having these evils come into the light is a necessary step in dismissing their power as the darkness spawned energy the controls them flees. This same power-mongering group would seem to have lost their grip on the withholding of the narrative as their secrets seem to be leaking out like water through a strainer. This fact might place quite a Godly and literally prophetic meaning to the Biblical statement; “For nothing is secret that will not be revealed, nor anything hidden that will not be known and come to light…”

Much worse than all of this control is their reported devotion to Satan along with its’ deep addiction to perpetuate absolute evil selfish interests, these acts seem to be reported repeatedly throughout the world especially towards the most vulnerable and innocent in our societies, the undefendable extremely young children. This represents deep-rooted attacks against all of us, a physical onslaught of either direct and indirect warfare. They are using unending waves of media, verbal, and visual degradation, not to mention the literal dumping down of our physical senses, seeding poisons into the foods and waters that hold off our ability to spiritually grow, all lend direct therapeutic consideration to the answer to the question of; if so, why?

Just from the perspective of healthcare application, I have found myself as we began publicly to integrate God into the treatment model, even in the most rudimentary way, an immediate counter negative response began being pressed on us in an ever greater progressive degree. First, this negative response was casual and subtle, the systems withdrawing from using of our services to later blatant spoken rejection, and finally, even aggressive action against us, all when the mere idea to place God even in the most fractional manner in the healthcare regiment was attempted. These threats had a counter effect on us as I found with the degree they seemed to fight against the spiritual notion, the more obvious we must have been on to something good?

It was, in the same manner, we actually began to follow Donald Trump long before he was nominated for President and then increasing more after; if the ruling systems are so aggressively against him for no clear and obvious reason but merely what appears to be hate, then is it possible he actually represents a possible answer they seem so desperate to attempt to keep from us? Same lies, different subjects.

This end-time war, if it indeed has traversed into a battle between light and dark, and I pray that is true, what a wonderful fact that would represent. With the understanding, our illustrious President Donald Trump has first “Cut off the head of the Snake,” as has been reported, and he is now after others, the second tier and their cronies that participate in the same reported atrocities, could this possibly amount to a monumental reduction of evil in the world?

It is unfathomable to think of the network of support and the reciprocal mopping up it would take to likewise take down the entire corrupt spider web that must exist to abduct a reported 22,000 missing or abducted children worldwide a day. It is inconceivable to think how much control they must have over the money, governments, all aspects of society including communications, education, transportation, even the medical fields, processed food production and distribution, drugs, etc., to keep such a large scale human trafficking ring running to the point of such numbers silenced for so long, and moreover keep it almost completely under wraps from the general public.

Of course, such a spider web of deceit, cruelty, and horror of such a Machiavellian level would have to encompass the entire world and would have to be in place for such a long time in order to grow to that volume. It says in the Bible that the followers of Baal, a demonic powerful spirit, resembling a three-headed spider; one head which could only represent an old fool who wishes to be king wearing a crown or “Corona,” the second head, one of a cat crafty looking away, probably representing a witch or witchcraft, while the last head that being of the toad, another witchcraft representation, more in line to the foolish servant that starry-eyed looks out into space, docilely following orders right into the hot boiling water, unaware of the death it will lead.

Many researchers, investigators, whistleblowers, and insiders who have been captured, or turned throughout the world, have reported with increasing supporting evidence making it increasingly impossible to keep such diabolical secrets under wraps, especially for the perpetrators of torture and human sacrifice of children. It has in this information sharing environment of cooperation throughout the world impossible for such evils to go unnoticed any longer. We seem to be indeed in a time of enlightenment or should we say; “Revelation?”

I heard it said recently that the actual word Apocalypse comes from the Greek word “Apocalypto” which means to be revealed or enlightened, something not spoke of or even inferred in the church, yet often spoken of in many religious arenas. If we are truly in the end times as spoken of by John in The Book of Revelations of the Bible, it would certainly look like for the first time things are truly being revealed, especially when it comes to the horrors perpetrated against the most innocent of our children. But also on that fact, there are many places throughout the old and new testaments where significant warnings made against harming children.

“It would better a person have a millstone wrapped around their neck and be cast into the abyss than to harm one of these little ones,” Jesus himself said that.

That’s another thing, our God led President did sign into law almost immediately an Executive Order; that anyone partaking in human trafficking against children received a mandatory death sentence. Such an act could only mean that enough intel has surfaced, the information had come into the light to warrant such a drastic and definitive response.

I don’t think it takes a great deal of contemplation, nor do people have to have children themselves, to realize that acts of cruelty towards little children, especially torture, rape, or sacrificing them to Satan, constitutes a deep-set evil inside of a person, and itself demonstrates a grievous act against humanity itself. Children on even the most basic levels represent our future, anyone cruel enough to participate in such atrocities in any capacity has no good whatsoever inside them.

I recently contemplated with my lovely wife the difference between people who maybe act bad, or possibly have bad behavioral tendencies, compared to people who are truly evil, and we came to the conclusion that people who act bad, while often they know what they are doing, there always remains an opportunity to repent, make up for it, or turn around for good. But for people who have crossed the line into the baby blood-drinking, human sacrifice, child trafficking, cannibalism arena there seems to be no going back, these people by the way of partaking in such horrible acts, actually freely invite evil into themselves. It has been scientifically proven that participating in cannibalism facilitates physiological changes on a cellular level in the individual whereby many become insane.

But back to the ascension, if truly the most horrid evil is concentrated in the highest echelons of the rulers of the world, then first identifying the evil, bringing it into the light must be the first step to eliminating it altogether. If by only the means of eliminating all, or a large portion of the evil in the world that is responsible for the perpetuation of child trafficking, as well as profiteers in the human trafficking system, the world as a whole could with one stroke of elimination seemingly filter away the largest portion of darkness from the surface of our planet. The remaining people’s world would find themselves in a much cleaner, and as the result, much more enlightened spiritual universe in which to reside?

I guess in a simple example; take a dirty glass of water, foul-smelling, even harmful for a person, then filter out all or the majority of the toxic components, the resulting glass becomes clear, life-giving and refreshed; “Enlightened.” These few dark components may appear to darken the whole, but on a quantum level, their energies are so fractional compared to the masses of good light energies that once removed a crystal clear more illuminated result occurs.

I believe when the largest portion of these Luciferian bloodsuckers is eliminated from the world, the amount of evil eliminated will have such a global effect on the whole, that people all over the world will spontaneously begin to ascend merely by the clarity of the environment they suddenly find themselves residing in. Many of the deceived people who might have found themselves doing bad, will suddenly see the uselessness of it for themselves and others around them, maybe longer wishing to do it, a sudden ceasing of hostilities.

The remaining whole world may begin to ascend spiritually, mentally, and physically.

“Dear Lord, help our illustrious President Donald Trump, send you angels to aid in the End Times battle for the very spirits of your children. Give him strength, wisdom, and fortitude to see this war all the way through to the victory; Your will on Earth as it is in Heaven.”

This entry was posted in COVID-19, Gems of Health and Wellness, God and Healing, Health Care, Health Care Reform, Jesus, Love, Love of a Child, Nobility, Pilates. Bookmark the permalink.