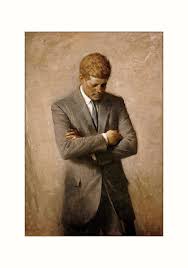 Living across the landscape of our quintessential realizations a marked awareness is transpiring that speaks to the very soul of existence within anyone who may be looking. Posturing on the heels of the perhaps one of the greatest Presidents our country has ever known, not because of sacrifice, or war, or even revolutionary courage, well perhaps maybe because of that; John F. Kennedy came to the realization that our country had some real and significant flaws residing deep within, and on the cusp of vowing to reveal and remove them forever he was killed for it. 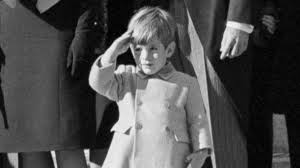 This fact along with many others has long been speculated, revealing with it a conjuring of an image of anticipated judgment no less painful than seeing a young boy saluting his father in ceremonial farewells. Being myself too young to feel the real impact of these images or his passing, it took until my own adulthood to see the man the boy became and realize perhaps the significance of much of what he seemed to stand for.

Truth, honesty, a sort of realism that personified itself far beyond the mere title a name such as Kennedy may conjure, one had to say when seeing JFK Jr. speak or interview on one or another late-night show a sense of something different spoke within a spirit of someone who might be watching. Drawn to his real down to earth enunciations, devoid of what a person might usually associate with entitlement or pomp usually seen among the children of the elite, I had almost immediately realized that a true son of his most noble father has arisen from the ashes of one of our greatest Presidential fathers. 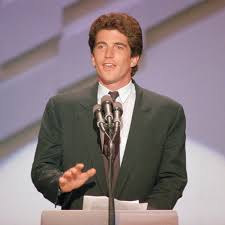 I had to say even then the idea of such a person expressing interest in governing our country, if only in far off New York, gave me immediate reassurance that finally someone of true merit, a man of honor, a true son of that great President everyone spoke of in my youth, finally has appeared. I can remember almost to the day when I heard his plane was lost and John F. Kennedy Jr. was presumed dead, and I couldn’t help feel the sheer sadness and almost disbelief as in my spirit as I almost felt; “My God, I don’t believe it, Superman has died.”

Many years have passed by, and much of the darkest rumors of hidden truths only speculated by the fewest who sit on the fringe, then only daring to even investigate seem slow but with increasing frequency to surface and begin now to prove ultimately true. Hidden secrets of long suspected evil satanic societies bathed in power and riches, yet so unsatisfied in their own lives that the quest for power, control, and evil so dominates them, they would perpetrate unthinkable horrors even against our own children and humanity itself.

Deep down any of the rabbit holes, the same base players seemed to emerge prompting a person to wonder if perhaps the reoccurring basic evil is behind every single tragedy that befalls us? It is commonly reported by the greatest scientific minds that the deeper one delves into the truths and the closer one looks into anything the more obvious it is that God truly exists. I would counter to this statement that the closer one evaluates acts of evil, lies, or murderous contention acted out against the most innocent of our society no matter what elemental part of that society, one would find the same basic players pulling the strings and ultimately the one above all whispering in their ears to be satan himself.

I like many others who have dared to find these truths and then have the audacity to speak them ultimate pay the price of humiliation, ruination, and even in some cases death, it was no surprise to me to later find out that JFK Jr. had dedicated his life to finding and bringing to justice the true killers of his father. Understanding even then, that going up against Hillary Clinton even if merely in a Senate seat could be the most dangerous of undertakings, and one basically placing him or his family at grave risk fighting a fight seemingly far removed from his ultimate goal to avenge his father.

People who have never lost that someone so closed to them they feel like they have lost a part of themselves cannot understand the loss that resides or the hole left unfilled in a person. Losing a father that was so close to a son, only to later in life find the truth of who the real killers where and more sinisterly the network behind his murder, would no doubt place within such a man a drive to do anything, sacrifice any self-fulfillment, give up any sense of personal achievement, to see justice found against those who think they had gotten away with it. 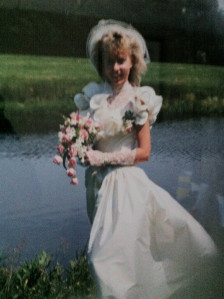 Many regular people never live through such loss, and cannot even begin to grasp at such deep calling in a man’s spirit as that, but I understand it all too well. I too lost my first wife on the very eve of her delivering our second child in what was then reported to me as a simple car crash. It wasn’t until all these years later that I had through God’s grace had revealed to me physical evidence that the accident was not merely an accident, but she and our unborn child may have been taken in a ritualistic sacrifice. Anyone who knew her would tell you she was a true star seed.

Knowing what a man knows, and understanding that there are people out there who have such contempt and disregard for innocent life, believing their own selfish desires for blood supersede the very essence of human decency, it is no surprise to me to hear our then Candidate Donald Trump would dedicate his presidency and vow to eradicate this form of trafficking from our country for good. It was with only this single statement that I knew not only would I trust and support him, but felt deep in my heart he may actually be anointed by Jesus Christ God Himself to finally and successfully accomplish this goal started by President Kennedy all those years before?

It was only this year or two that I began to hear a tale of such profundity that finally, and truly, justice could and would be ushered out to these villains. At first, the ideas, speculation, even revelations came only as whispers, dared only to be spoken among the smallest group of confidants. For everyone sensed the vast nature of evil that seemed to control every part of our society but few dared to even speak their names for fear that such evil may actually exist? 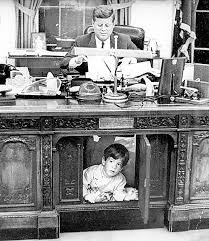 But it was also around this time that another whisper appeared speaking softly of another not dead, but hiding, joining forces with our now great President and others in a daring Quest, an almost Quantum Quest to expose and perhaps forever rid our entire society of these evils that have not only sought to control all of us but to enslave and ultimately destroy us. Images appeared of a man who’s posturing, voice, enunciations, even faint physical markings on a hand left no doubt in the eye of another who happens to have an eye to notice such subtle nuances as well as recognize the improbability of them being fabricated, perhaps these whispers may actually be true.

Then add to it the heart of the words spoken by him with wisdom, and not just learned wisdom but earned wisdom, that which can only be revealed in the words of someone who has lost as I have. For it is because I have been there, do I understand the resonances laden within the intentions of such words, and that is Godly vengeance!

Could it be true, could a man who understands the vast perplexity of such a Biblical undertaking be willing to sacrifice a life of leisure, wealth, or even comfort in exchange for what would appear to be a solitary life, be willing to give it all up, face villainous slander and hatred, even place at risk his own family he loves all to merely to do what he knows in his heart is right, to finally bring to justice those who have done him such evil? Answer; absolutely, I would, President Trump did, General Flynn did, and so did so many others who would gladly give up everything for the chance to bring to justice those who knowingly have harmed a man’s loved ones.

Seeing images of a man driving his Red Austin Martin, speaking words of faith, reassuring the people that those “Fuckers” are going to pay, and they are not going to get away with their lies, thefts, and deceits any longer, not only brings a Godly light to my heart, it brings a tear of joy to this man eye. I might as well be sitting in that car with him enjoying the ride and watching the show. The good guys got them, and the truth will be revealed, just wait and see.

It is with honor and sincerity I write these words;

“Dear Lord protect, empower, and grant success to the many Mighty Men and Women You have commissioned in this end-times war. Help all of us as the illumination of awareness is finally and miraculously realized.”