The Critical Mass of Enlightenment

Posted on October 5, 2020 by paulorpeter

Why is it so important to get the message out there?

Not for monetary gain, or fame, hits, or likes on your channel, these are all vanity. There is only one reason why it is important to get the message out there and that is because that is how God wants it.

Why does he want us to spread the message, and why doesn’t He just reveal it supernaturally himself?

The reason is; it is because of free will. We are all participants in this world He has created for each and every one of us, we are all important, all of us those who need to hear what is going on, and every single person who has to make the decision to share the message of truth.

The world or the natural demonstrates everything in the supernatural, this is how it has been throughout creation, this fact governs the natural laws that everyone can rest upon regardless of their sex, religion, or race.

Such universal laws such as; light driving out darkness, or love always prevailing, another one; God is always in control, there are so many and people know them true in their hearts whether they want to believe them or not.

Let us for a moment examine one of these laws of nature and how it may apply to the geopolitical environment we find ourselves in today.

I often write about the applications of spiritualism or Godly belief in relation to health or healthcare.

For the sake of the more scientific observation, I am going to chair a discussion regarding what appears to be a slow revealing of facts regarding the many discrepancies we seem to be seen throughout our entire society whether it be in the healthcare (my field), or politics, media, finance, even the foods we eat?

The question on the table; “Why, if they know there were falsehoods regarding any of these issues is it so slow for the whole story to get out?”

I believe the answer to this important question can be observed in nature and is clearly demonstrated by God with a simple explanation.

The Natural Laws that govern Equilibrium, Catalysts, and Reactions.

For anyone who has studied chemistry or perhaps stayed awake in high school long enough to remember, in simple terms; when two reactants are brought together, they mix or blend together separate yet together. The chemist then introduces a catalyst, a small facilitator that when added will induce a reaction of the contents of the whole, this causes a chain reaction of activity and with often then results in a total transformation of the whole into a new and more energetic product or result.

Basically, it is like mixing the basic parts of gunpowder; potassium nitrate, charcoal, and sulfur, all potentially flammable products but increase the heat in any part even slowly and eventually enough heat is added to facilitate the reaction of the whole. As a matter of fact, people have to even be careful when mixing it because aggressive movements can produce enough energy to facilitate the reaction aka the explosion.

In chemistry, the chemist will often bring the two reagents into close proximity mixing or in contact, then drop by drop add the catalyst is added in order to get a uniform and complete reaction. Adding the catalyst too fast could cause a massive explosion, resulting in so much force that results in the product being ejected without having an opportunity to react itself.

Now let’s look at what is going on today.

I think most people would agree that worldwide there seems to be a sort of polarization of thinking that seemed to start around the time President Trump took office. A strange phenomenon where it seemed while people in the past demonstrated more “on the fence” type attitude about things, then and now, more than ever, a sort of pressure was placed on everyone all over the world forcing them to choose which camp they wish to belong to. I believe this pressure was pressed upon people by God, forcing them off the fence.

Sure, four years ago this seemed to be a simple choice whether you were a Trump supporter or not, but today it seems to be even more concentrating into a decision of; “Are you interested in truth or have you bought into the lies they have been feeding us for a millennium?”

We have without even knowing it created a volatile environment full of kindling where only the smallest amount of catalyst can be added and it results in a spontaneous reaction.

Lies, evil, and darkness as they become ever so much more evident, literally, everyone throughout the world has become aware that an evil faction is set on controlling and perhaps destroying us. If not they are at least aware that these dark ruling classes are there and have reared their ugly heads from the recesses of their hiding like some black mold which suddenly may have appeared in the shower cracks.

The good news is the product or result of the reaction is “Awareness,” call it “Ascension,” 5D, growth, truth, it doesn’t matter what you label it. When people get enough input of catalyst which is truth, God, or goodness, the reaction is inevitable.

Every person in the world is important, and likewise so are all the souls that may have been deceived by all the lies throughout our entire society. Of course, there are truly evil people who have gone down a road of no return entering into practices that feed upon our very children, but like black holes of which I have written earlier, there is no hope for those.

Our genius President Trump knows this, and if he was to tell the masses too much, too fast, it could cause an explosion that while many already ascending individuals could react the right way, many others could burn up or be expelled out of their minds by the vast power of such a revelation.

So the catalyst, the truths have to be added slowly, and methodically, one drop at a time, allowing them to mix throughout the entire compound, time to assimilate into the whole, to guarantee we have a uniform and eventual critical reaction allowing for total ascension or reaction, leaving no parts behind.

He is dealing with an entire world.

The fight today is no longer between countries, religions, sexes, or even rich and poor but between good and evil. Our president is fighting for the souls of every single human being out there.

God the Father speaks clearly in the Bible about the fact that every single soul is precious to Him, as a matter of fact, He clearly says; He considers a single soul more important than the entire physical universe.

I believe that our President is not only being led by God, inspired by God, and protected by God, but I also believe he is being enlightened by God with knowledge and wisdom to bring about victory in this world to the point where so much evil will be reduced or illuminated as well as so much good and the truth will be injected that a catalytic reaction will occur throughout the entire world in which the entire human race will ascend.

But we are also, each of us in our own small universe a part of the whole, like drops of water in the vast ocean, each of us has a responsibility to share what we have learned, spread the truths as they are revealed to us. We are all called to be messengers of truth to our brothers and sisters. 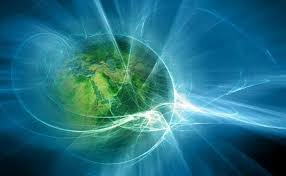 You never know when that Critical Mass of just one more person will be enlightened and then a total worldwide awareness reaction will spontaneously occur and all of us will suddenly explode into “Ascended Awareness,” “Upper Dimensional Thought,” “Heavenly Existence,” NESARA/GESARA, call it what you will, it is all the same.

“Heavenly Father give me the strength to share the truths, even if just a few with all you would have me, allow for the critical mass of awareness to occur so we can all see the full vision of the creation you have made for all of us.”