Ascension In Spirituality Starts With One Single Step 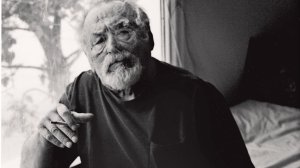 Considering the need for ascending especially when in conjunction with health or healthcare, one must realize a change of a person’s perspective or at least their attention must move towards the spiritual end of the spectrum if they wish to receive a spiritual effect.

What I mean by this is; as a person concentrates on more basic things such as the needs of the world, especially health care concerns, and we will use for the purpose of this illustration “the sore little toe?” I have seen this particular issue manifest itself in patients especially when they are having acute symptoms and/or are under direct spiritual attack.

As a person concentrates continuously on the “sore little toe” it is difficult if not impossible for the same person to place their eyes let alone their attention on anything else. No need to talk to the same person about anything even remotely spiritual, they will absolutely not hear you.

With these people, it is of utmost importance to remove their attention even if it is for a moment from the all encompassing “little toe” that has dominated their whole life or soul (the same thing by the way). But of course taking steps in spiritual ascension is the most important, and absolute if there is any chance for the person to obtain healing.

How many people didn’t bother to even lift their heads as Our Lord walked by, missing out on the very healing only steps from their grasp?

Today in this time of reported worldwide turmoil, fear, and persecution especially towards the helpless and innocent children, one would think people would gladly lift their heads from their daily concerns of trivial contemplations and at least inquisitively consider the afflictions of so many less fortunate.

But I am seeing that for the most, a consideration that any of the issues or atrocities being realized especially in the recesses of non-mainstream reporting when it goes against the flow of the murky river full of garbage they are being constantly fed from all directions, it is just easier for most to keep their heads down, or worse yet, buried in the sand, locked up in the box, at least turn a deaf ear to distant cries of the suffering?

Recently my wife a healthcare guru, who by the way is next to Donald Trump the most brilliant person in the entire world, has had such frustrations with a few friends who even refused to open articles and read for themselves documented proof of the issues being dealt with behind the reported scenes of the mainstream medias puppet news. In her frustration, she asked; “How do we get these friends to see, when they even refuse to open their eyes?”

So I posed that question in my prayer meditations I make in the closing or opening moments of a particular day. And as clear as if someone was speaking next to me I hear this sweet voice say to me; “You want help someone to start Ascending you don’t start by showing them the whole stairway up the mountain, but merely present them with the first step, a single step only, and if they take it they will themselves come to the realization that everything they have been told about that step is a lie.”

When people start to truly realize they have been lied to about practically everything they have come to know to be true in media, government, financing, education, even religion, it is not the lie that lifts their consciousness but the quest behind the lie to discover the “Who’s” and “Why’s?”

They will say; “Why did these people lie to us for so long about this small seemingly insignificant thing, but just as import, who is behind the lie and why?” When people start asking this for themselves it is then a small light is lit in that so dark cave they are living in. But again what happens when light enters a dark place; darkness must flee!

It is not our job to show people the whole picture at once, they can’t take it. No, show them one small piece, a piece that relates to them, maybe that relates to their little toe? Once the light comes on, off they go into a world of investigation for themselves realizing more and more the great spiritual battle out there, how long it has going on, and how much, the oh so many things we have been deceived about? 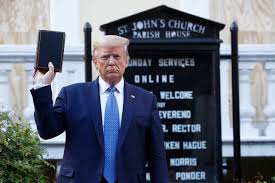 Our President Donald Trump is not only the greatest president this world has ever seen, due for no other reason than the fact he has actually taken on evil itself and is trying, with God’s help, to irradiate it from this world, or at least a large portion of its leaders and the vast superstructure evil has built on the backs of all of our family members for centuries. He is also an incredible genius, he seems to demonstrate himself that he cannot tell everyone everything he is doing all at once?

Sure for the people who have already ascended in their realization, we would love to see all the proof right away, arrests, warrants, pictures, and even executions, but what about the so many people who have their heads stuck in the sand, or worse, the many millions or billions that are also good people but have been so deceived by these Deep State systems that lead us, and have infiltrated almost every aspect of our lives? These victims of Deep State manipulation are the many people who really believe they are right even if they are being told to do something stupid like riot or hate for no reason?

They too are children of God, but merely misguided and deceived. If President Trump told them everything at once they would look at the mountain in front of them and would run the other direction or maybe want to die? No, God loves them too, and they need to be convinced slowly and methodically, one step at a time.

The wonderful thing is with each in their own way light gets turned on, and in another small part of the universe it is as with lighting a small candle in a dark mine shaft, the whole cave is lit up, darkness flees and there is a realization; there is no Boogie man merely a bunch of foolish lies, deception, and shadows that run like wet cats as soon as the light appears.

One other thing, just like any major reaction, there is plenty of kindling out there! After a while, enough people over the whole world will light up and at a critical moment when the mass exceeds the “threshold for combustion,” an explosion of awakening will occur all over the world? I talk about the “Threshold for Ascension Combustion” in my book Quantum Levels of Ascension in Healthcare, soon to be released.

I believe this threshold is actually happening as we speak! When this worldwide combustion occurs there will be no place for darkness to flee and it will have to leave the planet for good.

So for all of you people out there who have already taken the “Red-Pill,” don’t worry about telling others about the whole enchilada, concentrate on one single fact, one that may touch them personally, help your brothers and sisters realize the truth hidden within one lie, embrace it and when they ask “why,” tell them with a smile; “Why don’t you go out and find that out for yourself?”

“Dear Lord Jesus, help us demonstrate wisdom as we speak to our friends, showing each of them in their own turn their first step in that great climb of Ascension towards spiritual enlightenment and God-given health.”

This entry was posted in Buddhism, COVID-19, Gems of Health and Wellness, God and Healing, Health Care, Jesus, Love of a Child, Nobility, Pilates, Power. Bookmark the permalink.