Plagues And Riots, What Is Really Going on?

It has become evidentially clear to me that as we press further along the wars waging out in the streets and in the hearts of people who look from the sidelines deciding for themselves exactly what is going on, that this has digressed into a clear and worldwide struggle for “control.”

The controlling factions, the ruling classes, and subclasses, the hidden societies, and Clique of olé guards that have been placing their own knees on the necks of more and more people’s have enjoyed for years ever-increasing control, riches, and power. But with the recent changes of political movement and a deeper desire by the majority of the American voters to usher in “Change” even “Make America Great” again, these controlling factions’ realization of having control slip out of their fingers, and possibly have it stripped from them completely has led these Satan driven control freaks to desperate measures, they have decided they must gain back control at any measure. 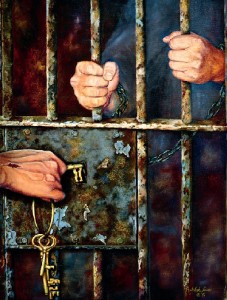 They don’t care if they must develop a plague in a lab or fabricate, train and facilitate riots and looting throughout the world to kill and burn down all of society, they will stop at nothing, hold back no lie, accuse or even kill any innocent, even babies, as long as they regain control!

My wife and I as we learned pretty much the hard way, in our own experiences, the only way to true healing and health was to FREE people of the “Control” the health care system seemed to place not only on their bodies but on their very beliefs, but as we increasingly perfected these freeing ideals so also where the attacks pressed and intensified against us by those who would desire to hold control.

Control, or the jezebel spirit that inhabits people who long for this control power, like some blood potion to drink, especially over other children of God, are the true enemy that needs to be flushed out of every aspect of society. And I pray that this flushing out of those who wish to control is being done today.

Once flushed to the light, it is only then that the spirits that control them flee, leaving these poor foolish misguided children standing naked without support to face the severity of God’s Judgement Light in their own lives. It is at this point they too can repent and come to the light, the only other choice turns a rebellious face against this light and parish.

But the good news; more and more people are watching from the sidelines, they are observing the real struggle that is playing out in front of them as well. They are elevating in their own understanding and realization; they are ascending in spiritual growth and knowledge.

They are realizing this is not some random pestilence, or pallets of bricks haphazardly placed, but manufactured attacks against innocent people, these are not peaceful protests for change but riots and destruction against innocents that have one purpose, and that’s to illicit chaos, fear, and hatred. They are seeing the revealed lies by the many who we have ourselves been lifted up in society, observing even these who would claim a “Saviors” solution to our feared pestilence are perhaps the same who play a roll in its creation!

This will stop, it must, the cause of the sickness must be rooted out; it is! And like black mold that has perpetuated itself throughout a home, we must eliminate all the darkness, first by exposing and putting the light on it, then identify where it originated and finally remove it. It is only then that real freedom from infirmity can be realized.

I believe our great President under the promptings of our Great Lord Jesus is doing this very thing right now.

And I believe society as a whole is seeing it as well. There are many more good people than there are evil!

Plagues and Riots, what is really going on?

Welcome to the Quantum level of understanding.

“Dear Lord Jesus, open our eyes and draw unto the light that which is truly behind this chaos that has polluted the foundations of the homes of your children. Expose those who would desire to control and even destroy Your innocent children so they too may see the truth.”

This entry was posted in Charity, COVID-19, Gems of Health and Wellness, God and Healing, Health Care Reform, Jesus, Love of a Child, Power, Protest, Riots. Bookmark the permalink.