Posted on January 2, 2018 by paulorpeter 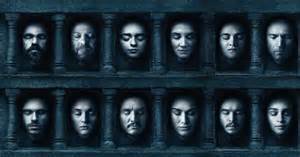 I opened my eyes and I saw the faces of people before me, women older yet with elderly beauty that transcended the typical observations that come with older people of sixty, seventy or even older. They were not grimacing merely existing in the day as it was passing them by, seemingly enjoying the thoughts and activities that presented itself to them.

Then I notice, no looked down, and saw what appeared to be page or a cabinet lying on the ground with faces looking up at me all in rows, faces lined up in rows of four or five, and lining up all in a row three or four rows all with their eyes close, very peaceful smiles on their faces, yet none of them were moving, they were just faces from the neck up facing upward.

I noticed that the bottom row had only one face, but another seemed to be materializing as I watched, and I knew that these faces were being added to a list.

Then I heard the voice of God;

“Are they dead?” I asked

Then He showed me that some people are allowing their eyes to take in darkness over years and years, and through this act the eyes become cloudy or damaged. I asked in my voice if that is why my own eyes became weaker and eventually needed glasses. He said; “Yes.”

“But what about the children that are born with the need to use glasses?”

It makes so much sense. People of today have such a tendency to look at the problem, or symptom of the problem, and fixate on it, basically describing the whole world as bad, based purely on the observation of one small part of it.

The Football Protest came to mind. 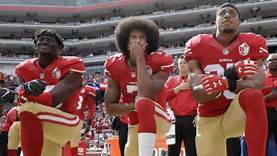 I watch the football players take a knee, and try to understand the issue they are demonstrating. I may be wrong but I have heard it is “In protest against the unfair treatment of African Americans specifically by Law Enforcement in America.”

While nobody can deny that unfair acts of violence or prejudice have occurred in the past, and may continue to occur today, these acts only represent a very small part of the overall Law Enforcement community as a whole. And for the majority of American communities, especially areas where very little crime is witnessed on a day to day basis, when the vast majority of Americans have very little experience witnessing acts of violence, let alone acts of disparity and how law enforcement has handled, it becomes very difficult to identify with people who do, or protest to the fact.

So here comes the football players, the superstars of the sports and entertainment industry, men who are paid enormous amounts of money, basically millionaires, people paid to provide entertainment at the request and paid admission of millions of my fellow sports enthusiasts, decide to take a knee in protest of this dark issue that is protested to be out there somewhere in our society.

Darkness is all around us, evil lurks at the edge of the dark woods, like a bully waiting to attack, for no reason, but merely to fulfill his own need to feed the pain and hunger inside of his own darkened life. It waits just out of sight of the larger population, hides behind bushes waiting to pounce. It is always fearful itself if the larger society saw him, the good would overcome him and destroy him.

It waits, with it’s hungering teeth, to fall upon the unexpected, weak, vulnerable, and often lonely child as they wander a little to far from the light and find themselves venturing into the dark shadows of the night. It wants to inflict pain, cause the child to scream, fear is what it feeds on, always angry, bent on destruction, with pure malevolence as the very food of which it lives for. Bottom line it likes it hates, and while we as a good society would have it that it doesn’t exist, unfortunately it does and now we must decide what to do about it.

We tell our children don’t walk alone from school, and certainly do not wonder down the dark alleyways out of sight and away from others observing eyes, there may be a predator waiting, hiding, intending them harm. We tell our children to stay safe. We tell ourselves to stay safe, but darkness is out there. We can fill them with fear, maybe even forbid them from walking to school? Deny them the pleasure of experiencing the world as it was also created for them, because of fear! We can talk about the lurking predator, the boogyman under the bed, the snake in the weeds, but the more we talk about things the more we draw them into our lives, the more we create them in our own reality.

I understand the passion that drives strong alfa men such as a professional football player to want to protest bullying when they have seen it and maybe even experienced it themselves. I can also understand that with their strength, fame, wealth, and position in society the thoughts of not standing up to bullying of any kind, seems almost as bad as when the act of violence is being dished out to one of these small helpless children.

But as a medical practitioner and speaking from experience talking about a sickness and fixating on a sickness, this certainly is not the way to fight it. Talking about it does absolutely nothing to removing the sickness germs from society as a whole, and if anything only brings fear into the people as the sickness is being spoken about. 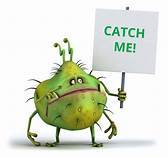 If you want to eradicate a sickness that has plagued a society and you are in a position to really make a difference, teach others how to overcome these afflictions! Just lingering on them, while this does bring awareness, does little to help those who are actually being inflicted by the sicknesses throughout the world.

When there is sickness plaguing society, the people who are afflicted with the issues, they need information as to how they might overcome and become healthy, and then if they are truly blessed will discover how they have become stronger from the experience.

“What doesn’t kill us makes us stronger!” 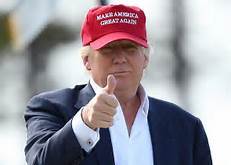 Taking a knee, in this case, also appears to many people as a direct slandering to our National Anthem, and thus an insult to the many people who have fought and died for the very freedoms we enjoy. Many people see the protests as a direct protest against the President, maybe it’s a response to President Trump’s criticism, maybe it’s the time line of where these protests suddenly appear, maybe not?

It really matters little as to exactly the intention of each and every participant of the protest, it is the implied intention of those who are the observers of the protest in their own analyzation, as to the relative effectiveness and message each and every protest portrays, that issues and effect, the desired effect on the canvas of the image itself being portrayed is based purely on the observer individually.

From the standpoint of the health care practitioner, one that choses to treat the cause and not just the symptom of a particular injury, I would prefer to see the efforts and reputations, not to mention the revenue lost on this protest, used for the education, enhancement of the people who might suffer from the injustices these attacks may cause, and efforts to help victims overcome and create a better life. This kind of action would bring Good attention to the storm and effects, thus stimulate positive, and not just fixate on the darkness and the disease talking about the problem offering no solution. Plus peoples attention would be placed on the problem nation wide in a good way without the slander of disgracing the flag.

Teach these victims how to cope and overcome if they happen to suffer from such an attack. Reassure them that they are created no different then anyone else by God, the only difference is their particular location in the world, and the time of their birth. We all have our own burdens and difficulties to deal with through this journey we call life, and each of us is ultimately on a journey to discover life, and in doing so have choices to turn to light or dark each and every moment of every day even in our perceptions.

We all are created with our own difficulties and victories. 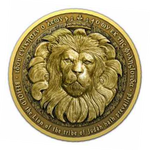 “Dear Jesus, help me to bring attention to the light, help others to overcome, and thus bring more light into the world, and not dwell on the darkness, no matter how dark it may present itself to be.”