The Gift of a HoHo; an excerpt out of “A Father’s Love” 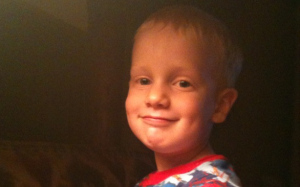 Children ask for things, one moment they want this, a moment later promise something else, and then ask for something completely opposite only moments following. Such do all the children, as they go to the Father. This seems to be as natural of a law in this beautiful universe, as tossing a ball in the air and always expecting it to come down.

I sit at the table and watch my children eat their dinner, the pure pleasure of them meeting their life’s needs encompasses and envelopes me like a warm feather bed on a cool crisp wins night.

“Daddy, can I have another piece of bread and butter?”, my four year old treasure of a son says, with just his own sweetest pure sound. While I know the resulting effect this choice will have on him finishing his plate, yet the music of his words tastes better then any delicious feast I have ever found.

“Of course you can.” I say knowing full well that in eating another piece of bread and butter, his stomach will surely be full. Filling him up, I smile knowing most likely what question will soon follow; an unfinished portion on his plate, and a quick end to said dinner, I know I will see.

Some might say letting him eat another piece of bread and butter, such an item may not be the best choice, thus resulting in him being full and discarding a more important segment, such as the meat. This kind of grace might be considered less then prudent, but My boy just loves that bread and butter. Not to mention he seems to be plenty healthy, happy, and getting big enough, anyway.

The littlest ones tend to take the longest time finishing their meal. Distractions are the greatest challenge, and while I usually will turn the television off during mealtime, one strategy lately that seems to help them stay focused, would be towards the end of dinner turning TV back on. This will result in the boys usually ramping up the action and finishing dinner, so they can watch, rather then just listen to the sound from the other room. Luckily the TV is hidden behind a pillar, making it difficult for them to see it while eating. The sounds seems to spur them to action.

I no sooner sit in my chair to find an appropriate program, then my four year old son appears at my side with his typical and pleading question; “Can I be done?”

“Have you eaten all your meat yet”, I ask, knowing full well it hasn’t changed a morsel since I moved from the table only moments before? “Let me see” I quickly add while his thoughts churn in his young bright blue eyes, contemplating how to somehow answer that previous question positively, without having to say that one key thing that will lock him in to a result his father will most likely enforce.

He runs back to the table in hopeful anticipation, bringing his plate back displaying the remaining morsels cleverly spaced to lend the appearance of fewer items.

“Eat three more bites.” I say, more of a statement than question.

“I’m full” he says, with a worried look and grimace that implies my last statement was an almost impossible feat.

“Just three more, then you can be done” not as much as a command as a suggestion testing his desire.

“Daddy, I’m full, my tummy is full.”……. “And I won’t have a snack later”, he promises with confident sureness, his eyes displaying the resolved assurance in the statement he just made.

“You’re full? Ok, put your plate in the sink.” Happily he runs to the kitchen displaying none of the discomfort he only moments ago pledged with his eyes.

I have never felt it necessary to stuff my children past the point of comfort just so I could have the satisfaction of seeing a plate clear of the portion I may have dished. My children have always been a good eaters, and when their need is met, it is met.

I don’t know if every Father feels this same way, but I think He does; He takes particular pleasure in watching His children play at His feet.

There is a spirit completing solitude in watching them move, they meander in peace and security, playing, in front of Me. Their backs stand straight in comfortable play, painting a picture, a masterpiece of satisfied desires, all their needs are met, and play is the order of business right at the moment.

My son glances to the television, half watching the show I put on, while also playing with the latest curiosity that has found its way into his precious hands. He can do this while also carrying on a conversation with his seven year old brother, who happens to be playing next to him, and oh by the way, he is never failing to observe what his brother happens to be doing, just in case it seems more interesting or fun.

Ever attentive is his smile as he occasionally glances back to Daddy to see if I am watching. He ventures that sweet pure smile, presented as a gift to Me, a conformation that not only does he realize I am watching him, but somehow he knows that the ever attentive watching eye of his Father is sure sign of My Love.

Where does the time go, when pure pleasure dances across your soul, like the soft morning breeze of a clear spring day, its scented flowery touch falls like perfumed music against the Father’s eyes. The every movements of perfection playing in my son’s touch, his every look of resolved experience as he looks up, catching sound of some new and interesting moment, then right back to the toy of interest as he turns it in his hand ever playing, ever learning.

Then just like that he pops to his his feet, a few gentle taps of precious sound, and back to my chair he appears, smiling at My right hand of the Father. His request of utmost importance, pressing from his heart, he pauses a moment and then says; “Daddy, can I have a snack?”

“I thought you said you were full? Didn’t you say you wouldn’t have a snack later?” I said struggling to harness the smile that wants so desperately to explode from My Face. 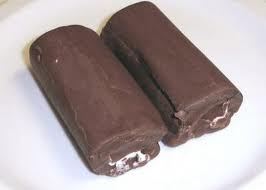 “Oh yeah…..” he says, with an slightly saddened yet understanding look, he was stuck, as the memory of his promise flashes back to reality. He contemplates for a moment then adds;

“Do you want a HoHo?” he offers, his chirped up smile returning to his face. We call these swiss rolls HoHo’s, I have no idea where the name came from. “I’ll get it for you?” he says with hope anticipation.

A smile of pure joy, eyes sparkling with thought; well if I can’t have one myself, at least Daddy can!

Who could resist such a face of pure joy, a smile that literally shines life, a sweet anticipation of just running and getting something he wants to get. A pleasure within service of The Father.

Who could resist such a pure innocent request? I know one thing; his Father can’t!

I love when my child wants to give to Me, and all playing aside, I know there is a tad bit of hope in his sweet voice, and even deeper heart clenching smile, that the HoHo might just make its way back to his hungry little hand, but just the thought of a gift from his perfect fingers is more irresistible than all the gold in the universe.

“Yeah, get me a HoHo, and can you grab me a cream soda too?” I ask as the smile that has been pressing beneath, erupts across my own face.

“Yep!” he says, almost as fast as he spins, then runs from the room in his dear eager service.

Only moments later he reappears carrying a cool fresh soda in one hand and two packages of HoHo’s in the other, big smile and joyful eyes, touching just a hint of play are his words as he hands the treasures over to his Father; “I brought you two HoHo’s, in case you’re hungry.”

The Father takes his son’s offering; “Thank you”, and watches as the boy returns to his place at His Fathers feet, returning his sweet childhood gaze to the activities he had just left.

I open the bottle of cold cream soda, and take a long deep drink. If I could remember when this taste was more refreshing, satisfyingly sweet, or relaxingly cool, I very much doubt I ever could. Maybe it was my son’s precious touch, or the sweet spice of his smile, or just maybe the infinite value of his loving gift, or the soft scent of his lingering breath, whatever it is was, nothing on this earth right at this moment, tasted as good as this did.

I take the HoHo in my hand, and rustle the package as I open, this brings my son’s gaze sharply around out of the playful contemplation. He turns his face towards Me, literally twisting his whole body to look at the chocolate cake delight as I taste my first sweet bite.

Again my own taste is magnified by the pleasure of his gift, but this time my son’s eyes give way to the desire he eagerly wishes to share and taste. I let him linger only a moment, as the smile that grows on his face leaves no doubt as to the thought burns in his mind. He wants one!

“Do you want one?” I say. No sooner do the words leave the fathers mouth, then my son pop’s up like he’s on a spring, and just that fast he is ripping into his own HoHo treat.

You think I am giving him a gift?

He is giving Me the gift!

The look of joy on his face. The pleasure in his smile with gift received.

The hoped for treat, when thinking he wasn’t going to get it, he didn’t deserve it, he has lost his privilege, just to receive the Grace of the Father. what a Look!

The love in the son’s eyes as he looks at the Father, a look of joy, pleasure, happiness, love, radiating out of my precious son’s eyes stronger then a thousand suns.

The happiness in a HoHo.

No, the happiness of the gift.

The Father basks in all of these, because He feels all, and experiences totally, multiplied by infinity as He gives to His child.

As He gives the HoHo to my son,

As He gives one to me,

As He gives His gift to you.

“Father let me give a gift to you.”