Water, The Very Essence Of Life 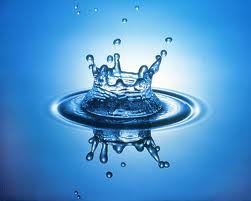 In the natural so is it always demonstrated, as it is in the supernatural.

“Rivers of Life” so did Jesus speak of Himself, the Message, the Word, as He spoke of spreading the good news through the people.

His first miracle as reported by His followers was the turning of water into wine. He took something common, something essential, and converted it into something valuable, pleasurable, something to be consumed, something red.

As it was in the beginning so must it be at the end, one of the last events He also performed was using the wine to symbolize His blood. Wine was involved in His first miracle and at the end in the final supper, wine plays an intricate role. Wine the representation of His blood. He said specifically; “When You drink, think of me.”

Blood is almost completely made up of water, as so is wine, but not quite pure. It has an essence of other things mixed in that make the blood what it needs to be in order for it to give life. A small amount of hemoglobin which is a fascinatingly complex molecule, a carbon based structure with key points of Iron, this molecule has an enormous capacity to bind with oxygen, and delivers life. It is all the other things in the water that give it the ability to perform the various duties we need, or is this perhaps not quite so?

Water has a greater function in the kingdom then I believe we can ever comprehend. Water is used for cleansing, not only the body but also the entire world as in the flood. Water is necessary in almost every vital function in our body. Our body is almost entirely composed of water, and when all water is eliminated as in cremation only a small amount of substance is actually left. We will die of lack of water long before we die of lack of anything else. Water seems to be the key element of life.

Science would tell us that we all come from the oceans, and thus from water, but I believe this world is merely a representation of our body and as we are primarily made up of water, the majority of the earths surface is also either covered with or retains in it water in one form or another.

In my education over seas, one of the areas of studies was alternative medical studies, namely homeopathy.

Homeopathy is a particularly interesting form of medicine, finding its foundations preempting the pharmaceutical medical industry we find ourselves engulfed in today, by at least two or three thousand years. It has been written of in the time of Hippocrates, regarding the ability of “likes curing likes”.

Without getting to much into the philosophical or even into medical physiology, the premise is; that when you significantly dilute compounds, the resulting compounds can be used to cure the problems caused by the original stronger compounds. For example arsenic poisoning is treated and cured by giving the patient compounds that have supposedly extremely slight amounts of arsenic in them.

When I was in europe we had an opportunity to examine not only this process, but also samples of the these products. I had even on occasion the opportunity to receive homeopathic remedies prescribed right along with the regular pharmaceuticals, and I must admit the healing process not only was faster, but often with less side effects and down time.

The process goes something like this; they take the particular poison, compound or substance; arsenic, snake venom, gold, mercury, whatever they happen to want to make into a homeopathic compound, they dissolve it in either pure water or alcohol and then press and sift it to remove solids or impurities.

They then draw out a single drop of the resulting liquid, and place it in a vat, a huge container containing maybe a thousand gallons or so of pure water, an extremely large barrel! This is then thoroughly mixed and a single drop is again drawn out, placed into another vat with water, this process is repeated four to seven times depending on the compound, ending in a final vat of water with what science would say, contains nothing of the original compound, not even a trace.

Yet the resulting water is then drawn out and placed in small vials and distributed to patients who suffer from various particular sicknesses, they take a number of these drops under the tongue, resulting in a cure, and this treatment had been used, with success I might add, for at least the last two thousand years.

I don’t know how it is possible, but when we as students tried drops from the various vials, a person could distinctly taste a flavor or essence of the original compound. Each vial had a different distinct taste!

Arsenic being the one I tried, I could really taste the specific almond like flavor, that is typically found in arsenic poisoning, or at least an after smell in my nose, after tasting the drops, even though I knew that this compound had been diluted to a billionth or maybe even many billionth of its original strength.

The study of Homeopathy would say that a sort of energy exchange is passed into the water from the essence of the compound, and no matter how much you dilute it something from the original is passed through the pure water. The pure water has a property about it that sort of draws out some of the essence of what ever is placed in it and disperses it throughout its entirety. thus the significant cleaning ability of water.

Water makes us clean! Water can purify, sounds Godly to me.

Let us suppose that this is true, science today can only suppose to explain the many energies that not only hold the molecules together, and even surround the various atoms, making them independent of others, though they also know vast distances compared to their individual sizes separate the fractions from their other parts in atoms or molecule. (see my blog; https://paulorpeter.wordpress.com/2011/06/02/adam-is-in-everything/)

So if we suppose there is an energy that surrounds and holds these compounds, molecules, and atoms together and makes them into the significant essence they are today, this unmeasurable, unexplainable, and even unfathomable energy, (again sound kind of Godly) which is definitely strong and indestructible, being able to be split but not destroyed, then why is it not conceivable that this powerful energy could have an effect on the surrounding like energies it comes in contact with. Energy can not be destroyed only transferred! Hey Einstein said it not me!

And because we do further suppose that this energy can not be destroyed, it can only be transferred as science would teach us. Energies of such strength and significance that even just splitting them releases forces that can topple cities as demonstrated at Hiroshima. These yet unknown, unmeasurable, unseen, unfelt, only believed to be real by the faith of the observer energies… hmm Godly? These energies that clearly demonstrate some kind of interaction as seen in homeopathy, well this raises all kinds of questions.

If all of this is true, and I have no reason to believe otherwise, then one other fact is true; Jesus’s blood was shed, his side was pierced and water gushed out. This is fact it was documented and nobody denies this event took place.

What is also fact is that at the moment of His death it is recorded that a great storm irrupted, to the degree where even the many Roman onlookers had to comment; “Surely this was the Son of God”, an earth quake that shook the land, and split the great jewish temple, ripped the veil, and a rain drenched the land.

But even if it didn’t rain we know he was beaten almost unrecognizable, documented! A lot of blood. You would suppose that the area where whipping occur would have to be washed, eventually!

Any rain or water would mix with his blood, if but a few drops, but all accounts tell us there was a great deal of blood and a great deal of liquid that ushered forth from His side. This in turn could flow over the land or soak into the ground, not destroyed only move, it would find its way into the water table eventually, which in turn would find its way to the stream, later rivers and eventually the ocean, where it would be diluted with all of the water of the world.

I guess my point is if a single drop of arsenic can be diluted in a thousand gallon barrel of water, a drop taken from that one, and placed in another vat, over and over again, retaining enough of the essence of the original to heal the person of his infirmity, then I guess it is not inconceivable to believe that the essence of Jesus’s blood, the Creator of the entire universe, the healer of all, resides in each and every drop of water we may drink.

“And He said take this cup and drink, for this is the cup symbolizing my blood, take it and think of me”

I love my children so much, how great is this God of ours who gives so freely and provides love that just flows from His heart. One night I was praying and an image formed in my mind as clear as the noon day light.

Yes my sweet friend I to have had so many visions I could hardly record them, but this one in particular was of a large clay vessel that was filled with a liquid.

This liquid shown with almost a luminescent white light like the purest brightest white milk or the essence of the white sun itself. The jar or vessel that contained it was one of those old Greek olive oil containers, I can’t remember exactly what it was called, but I think it was a amphora? Or something like that, any way as this amphora filled to the brim, it tips and spills over onto its side, spreading over the whole scene!

As the liquid spreads over the flat dark surface, it forms a sort of pool area spreading with ease over the surface. I can clearly see speckles of light shining from within the liquid, a sort of sparkles’ and then dissipates softly like the remnant of a firework! Sparklers fading from your vision like the traces left in a dark night as the bright light moves through space, so softly it fades slowly away.

I know how to love, and it seems to have has been held from me for so long, but maybe now that I think of it, by myself!

I have walked in the wilderness, but He has promised that if I follow Him in everything and every way, I will have it back in the portion that which I have lost, multiplied, with interest, as promised!

And He keeps all of His promises!

“Dear Lord Jesus help me to know Your love and in turn show Your love to each and every person I meet, especially those who hurt me or hate me. As all creation is of You, so is everyone around me, it is not the creation that hates, but the lack of love that I observe that has persecuted me. Open my eyes to this truth and my heart, let the love flow as waters of life from my heart.”

This entry was posted in Christian, Uncategorized. Bookmark the permalink.