“Forgive Them Father For They Know Not What They Do” 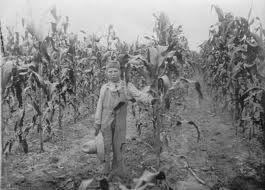 “Forgive them father for they know not what they do.”

One of the last statements made, by the greatest man that had ever lived right before inviting yet another sinner into paradise and then declaring; “It is finished”.

“Forgive them Father, for they know not what they do”, has been a statement of discussion, example of forgiveness, and call fraise for countless interactions for nearly the last twenty centuries.

Believer or not, sinner or saint, nobody denies He lived, and while people have wrestled in their own hearts for centuries with one single question; “Was He or was He not the Son of God?”, all agree Jesus of Nazareth, was a good and extremely wise man that had done nothing to deserve the torture and death that He had been sentenced to. These facts were meticulously documented not only by His followers, but also by the Roman government, perhaps one of the most totalitarian, but also clerically meticulous societies that ever existed.

He stated these words when a world not only turned its back on Him, but also betrayed Him in the most heinous and brutal way. He spoke it out for God to hear, but also voiced it into the reality of the world, for all around Him heard the words.

Let us examine this for a moment not merely from the standpoint of the words and their content, but also as one might examine a painting; such as taking in all of the subtleties of the color and balance, including content, making references to time and space, spacial orientation, emphasis, contour, basically lets examine the total picture.

The spoken Word, here again an example of a single fraise, an idea, an entire philosophy, that has been created from nothing into reality with “The Word”! The Word becomes reality, the Word is reality. If ever a single statement voiced by any man has carried more weight, been more often repeated, had a more pronounced effect, used for more examples of moral excellence, touched more ears, crossed more lips, all because of this one man’s statement, I don’t know but I would venture to say: “No!”

From the worlds standpoint, many Kings have come and went, rulers, heroes, rich men, important all in their own minds and those of many people, all having the desire to be remembered, have any of these ever been as remembered for anything they have created let alone their words? No!

I have spoken before of the absolute reality of the spoken word, the fact that it sets us apart from any other creation, basically demonstrating in us our God given ability to create with but a spoken word. Of course we are created in the Image of God. Here again Jesus at one of His last moments of His life choses to teach, and not only just exist. His every moment on this world, an example and literal demonstration of the word “Teacher”.

No he did it at the end, at the end of His time, because they, being us, truly didn’t know what they were doing. It is a demonstration of our time today, the majority of the things we do wrong, the many things we place in front of God, the multitude of act of sin we not only perpetrate against others but also against ourselves, have become so common, so accepted, we don’t even see them as sin any longer.

Is it so much different today; we live in a time when we literally swim in filth, vile and vice, that we people ourselves have created, chosen, and even lifted up as something we wish to follow and dedicate our lives to. When you begin to see so much darkness around, so much cruelty, everything is so loud, so harsh, so unloving, so dark, so self centered, when “following your heart” becomes a call fraise for freedom at anyone else’s expense, is it me, or do you just get numb to it, to the point where a person doesn’t even notice something that would have shocked them only years before.

Twenty, thirty years ago, the image of death, was still so shocking that it wouldn’t be allowed on public accessible television, and even entry into movies where violence and clear demonstrations of vice was restricted to people under eighteen unless accompanied by a parent. But today the images are so common, even to the point of being allowed and promoted in the programs watched by children, not to mention the games they play, that our children are hardly shocked when coming face to face with the horror’s of death in real life.

Twenty years ago, morals and purity seemed to be a common place, people could leave their children play in the neighborhood or yard unattended.

I remember with fond memories a childhood not all so far past when a young boy of perhaps seven or eight could venture outside on his own. The television had not yet became the babysitter, or teacher it has become today, and often for parents to seek moments of quiet work at home without the ever increasing demands placed on their time by their children, an innocent; “go out and play” was issued, even though perhaps ideas for play activities or availability of fiends may lack.

Many a time, I can remember a more then lengthy trek into the farmers corn field and the treasures that waited in the dump that he kept at the center of the fields. Piles of unidentifiable materials, metal containers, wood, piping, fencing, any and all material necessary for various venues of life on the farm, now no, but once yes. Abandoned articles of generations past, old tractors, a refrigerator, oven, all forms of discarded apparatus, used, rusted, and dysfunctional, often more costly to dispose of, then to just store in this out of the way place for the outward chance that a spare part could be salvaged in the future.

One mans trash is another man’s treasure, well maybe not a man but a boy. Many boys, for all the boys from the neighborhood knew of this veritable treasure troth of wealth that provided all the material necessary for any construct of fort imaginable. We all played there at one moment or another, all the parents knew. How? Who knew, but seemingly out of some mystical knowledge one or another dad would call from the mid point in the corn, not needing to venture completely through, when calling his child home for dinner. And they just seemed to know where their kids were playing, but more importantly that they were safe.

Walking to school was also a pleasurable time for me, a time of reflection and contemplation, a pondering of all things around. Un-rushed by the glimpses my children can only enjoy from a speeding car, giving little or no chance to settle a gaze on something new one might spot out of the passing scene through the glass. The calm that seemed to blend with my own walks to school always evolved a sort of conversation that I knew in spirit and heart was with God.

Granted, many of non-belief might speculate that such conversations where mere ramblings of a playing child, or perhaps even the early signs of more less desirable diagnosis, often including hearing voices or even multiple personality type disorders, but frankly speaking as one who lived it, the calm intelligence that spoke in always a loving and accepting manor, coupled with the peace felt when such a voice was felt, gave no doubt, at least to this recipient where the origins lie.

Walking through alley ways, past homes with little or evident life within, had only a frightful effect when one or more haunted tail was attached to the weathered home, and these stories were often fabricated by other children, most often told by an older sibling or friend with less honorable intentions.

My point is, we are told and taught that we are an evolving species, getting smarter, stronger, taller, and venturing toward a more perfect existence? Then why can I not even trust my seven year old child to venture around the house, or for that matter into the front yard without my direct, or another adult’s immediate supervision?

Surely abductors, rapist’s, murderers, people, animals, creatures of destruction have always been with us? Where my parent merely naive, or perhaps was it because there were more people in a smaller area? Doubtful, I’ve been in many rural communities of today, where even keeping a single door unlocked while the residents sleep inside is unthinkable, yet only a few years ago, keeping the doors unlocked even when the family away for much of the day was a common practice by most, if not almost all of the residents in the area of the city I had then resided.

What happened to people? When did they become so distrusting? It can’t only be experiential, if it where, there would be pockets of distrust, but also areas of business being as usual, no this phenomenon seems universal and constant throughout all reaches of society and community.

My guess is we have developed this distrust because of things we have heard, seen, and felt around us. This experience must be uniform and constant. The distrust was taught! We learned to not trust the world, people, our community, our very security in our own home because someone, something whispered in our ear; “you can’t trust your neighbor!”

The neighbor, the town, the people, the community, they have been accused, and it has developed fear, where peace once resided. The world has become such a place of common crime, acceptable immoral behavior, tolerated behaviors that are not only destructive to those around the people that are perpetrating them, but also to themselves.

My children will never know the freedom of exploration of a famers field.

This is the world we live, this is the end of times, and it is now because of the fact “He is returning” that the statement; “Forgive them Father, for they know not what they do!” applies more then ever.

Jesus, I pray you open not only my eyes, but the eyes of all around me, as to the effects of all that surrounds us. Let me not be complacent with my children and those who I have been blessed in my care, let me recognize those earthly things that would harm not only them but myself, and cause me to pull away from you. I know you created me, and everyone else in your perfect image, please cleanse from me all that would pollute that perfect creation, grant me the wisdom to see that pollutants and build a hedge of protection around me and those in my charge to guard us from these attacks.