My First Blog, “Was It A Dream” 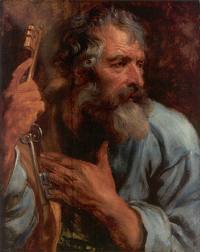 Leadership is a privilege not a right, all authority is granted from above, whether we want to believe it or not, regardless, we are only allowed anything in this life because He gives it to us from above.

I was laying in my sleep and the Lord told me; “this is what I want you to say to my people;”

“As for the senators and congressmen that I have allowed to serve this great nation, they will bring dignity and honor back into their tenure. At the end of their terms, right before they decide to retire they will submit to two things to the people who put them in office;”

“They will open the financial records of their families to an independent audit and see if their families have benefitted unusually and significantly from the time they have been in office both domestically and abroad.”

“The voting public will vote if they feel the senator of congressman has performed to the expectations of their promises.”

“If either are negative then the senator or congressmen will forgo any benefits of retirement pay after they stop.”

“Lying in bed, old and grey, with their own picture hanging above their bed, this will be the only legacy that one can expect that has not been true to his word to the people who have put him in office. He will die with only the painted image of his youth to reflect upon, smiling down at him with a its flat two dimensional stare.”

As I laid their I felt that this was a Word and in my mind, I asked if this was a Word that needed to be written or told, and He said; “yes and blog it” (however you do that?, since I haven’t yet).

He then showed me the time on the clock in the dream and it was straight up six o’clock. I was dreaming!

I then awoke and looked at the clock, no alarm, and it was exactly six o’clock straight up so I knew in my heart that it was Him.

“Lord Jesus, knowing that you are Lord of all, over all that is of this world, and nobody that has found themselves in a position of authority in this world would have that position if it was not allowed by The Father, allow all the Senators and Congressmen of this great country to have their eyes opened to the understanding of this fact. They are not in charge, but under charge from God. Allow all of those who have chosen public service to realize they are to serve and not be served, this is the Path they have chosen, the Path of Christ.”